The Richard Elías Legacy Award is given to honor an individual who works with the Southern Arizona community to build resilience, work for justice, and honor the beauty and heritage for our community and for its members. This individual is a champion of our unique Sonoran desert and its people, and exemplifies many of the admirable qualities of Richard Elías: a person who is dedicated and willing to take risks, who is approachable and open to everyone in the community, and who promotes equity and opportunity. 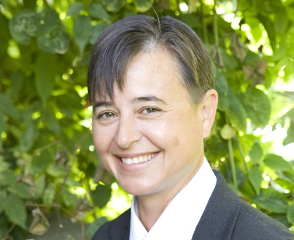 Kelly Griffith is an activist and advocate who has devoted her 25-year career to social justice. Dedicated to improving the lives of her fellow Arizonans, she has touched some of the oldest and youngest members of our community, and nearly everyone in-between. For 12 years, Kelly facilitated the Arizona Grandparent Ambassadors, a statewide support and legislative advocacy network for grandparents raising grandchildren. More recently, she brought her leadership to the Strong Start Tucson initiative, advocating for high-quality early childhood education for all families, regardless of income. In her current role as CEO for the Center for Economic Integrity (CEI), whose mission is to build economically strong communities for all, she took on banning payday lenders from Arizona and won, even when she was outspent 10 to 1. Kelly has given voice to so many critical concerns impacting workers, consumers, children, and families. Supervisor Elías also cared deeply about these issues and was a close ally and supporter of Kelly.